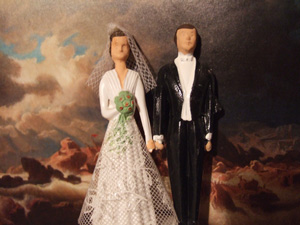 Monaco will very soon become the focus of the world, during the princely wedding. The ad hoc and omnipresent Mr Philippe Narminois scheduled to officiate its civil part. He is currently subjected to among other laid criminal charges for false statement, precisely for having lied about people’s marital status. A scandal, be it retroactive, and thus irreversible as far as the image of the Prince and His Promised One is concerned must be avoided at all costs.

A mission has recently been given to Monaco’s new Chief Prosecutor, Mr. Jean-Pierre Dreno:

Monaco’s Chief Prosecutor must – after the princely wedding – be able to guarantee to the entire world, that the incriminated Narmino was allowed to officiate, and that he was above all suspicion.

However, certain sentences come with the prohibition to perform official duties.

Just by entering his name on the web, anyone can nowadays and in the public’s interest read more than alarming information – apart from that already provided on this site – on the person of Narmino. This information comes from the very Police of Monaco, from its intelligence section, from the former Monaco Intelligence Service, as well as from police, gendarmerie or intelligence services from abroad. Regarding what said Narmino is currently faced with, The Legislator has indeed more than provided for such a situation within its article 137 of the Criminal Code.

Recent news in France has shown that political persons may step down without the presumption of innocence being put into question.

Monaco’s image for ever must not depend on the personal interests of said Narmino, an individual who is very badly noted by the Police. At least not through the help of the Chief Prosecution’s office, whose secretary’s office and quite one another seem to do all in their might in order to make sure the new Chief Prosecutor not be informed of anything.

Should Narmino nevertheless come to officiate this princely wedding, it goes without saying that the memory the world will have from it will be that of this individual, Narmino, apparently committed to drag everyone down with him along the one way road he has chosen.

The scandal would be irreversible, and a shame for Monaco, not least towards the invited personalities, who do not ask to be assimilated with an unheard of infamy.

In order to protect at least Monaco’s image, and in the absence of any confirmation that Narmino not will celebrate this marriage, our www.bimcam.com may very well publish part 1 of the international Staples, marker pen and IT-bug Affair, just the way it has been sent to Chief Prosecutor Mr. Dreno by registered letter with acknowledgement of receipt. Indeed, this Affair contains criminal charges linked to the information that is to be found on this website, and to any information that may be added to it (133 pages).

Attached document # HFD12 in the affair # 1226-12 before the Administrative Supreme Court of the Kingdom of Sweden [Högsta Förvaltningsdomstolen], put at disposal for the President of the European Court of Human Rights Mr Dean SPIELMANN in emergency on the 30th of January 2013 and containing police reports produced before the Swedish Police on the 4th of November 2011 in light of the criminal complaint of the following December 7th, in memory of that of the 6th of June 2011 (Swedish National Day). Reports concerning the Ambassador in France (including Monaco) of the Kingdom of Sweden.Mr Gunnar LUND and the Consul of Sweden in Monaco Mrs the Councillor to the Monegasue Crown Patricia HUSSON in light of produced pictures. Reports on the desks of the highest Swedish authorities within the ongoing affairs that pertain to interests of the Kingdom of Sweden: LEX BIMCAM.

For the now explicit attention of Monaco’s public ministerial officers, its magistrates and its Director of Public Safety who takes over the post and reports on NARMINO of late André MUHLBERGER, it warrants stressing the application of articles 279 and 137 of the Monegasque Criminal Code as well as those related to complicity and / or co-action. This is being specifically stated before any a reading out of their own volition. Let us never forget that this gathering of alarming information in the interest of international public order derives from that which was the proclaimed priority number one of late MUHLBERGER against NARMINO.

Within the following publication, some editions have been made for all legal intents and purposes. On the one hand, the presentation has been improved out of concern regarding readability per se. On the other hand, the present version features explanations of various abbreviations, an internet link and black masking, so as to focalize only on NARMINO, and in order to protect one another. Masking featuring “xxxxxxxx” pertain to the original.

Before the princely wedding, the Chief Prosecutor of Monaco Mr Jean-Pierre DRENO was duly warned (see above and under topic #10) in light of his responsibilities as guardian of public order.

Click here to read the Police reports on Philippe NARMINO 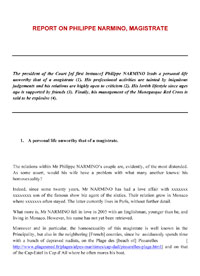 Albert II of Monaco was eventually and nevertheless to find it wise to disregard the intelligence on NARMINO, of which he had been the sleeping partner, and thus saw to that the wedding to his Promised One be celebrated by the since ages ago incriminated Brigitte Grinda-GAMBARINI and “il Consigliere”* NARMINO.

*A Ligurian nick-name which eventually came into light within yet another recent report, an Italian one. Note to Jean-Pierre DRENO, considering his last speech in Italian, during the inauguration of the judicial year, fall 2012, to an invited Italian colleague: “Vorrei ringraziare particolarmente il procuratore generale presso la corte di appello di Genova e le invio i miei cordiali saluti.”
http://cloud.gouv.mc/dataweb/jourmon.nsf/56ae81d1d4180496c12568ce002f290a/5855008b3d1b49d4c1257a9b00502f00!OpenDocument

Still before the princely wedding, and in the absence of any a free press in contravention of Monaco’s obligations toward the Council of Europe since soon to become ten long years, a letter of despair was written to the Chief Prosecutor of Nice [France], Éric de Montgolfier. It was a criminal complaint for rape. 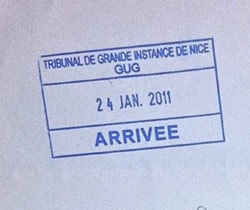 Stamp confirming reception of a criminal complaint for rape in France against a prominent person in Monaco. Shortly thereafter, the famous anti-corruption Prosecutor Mr. Éric de MONGOLFIER in Nice was demoted to a remote, rural location in France, prior to a retirement that was oncoming anyways. According to his own words, he felt fired.

Said criminal complaint ought to interest Sweden’s Prime Minister Fredrik REINFELDT, its Minister of Justice Beatrice ASK, its Minister of Social Affairs Göran HÄGGLUND and notably Prosecutor Marianne NY, considering their declarations to the press regarding criminal complaints for rape. To quote the Minister of Social Affairs Göran Hägglund, within his allegations on a certain M. Julian Assange, taken from Expressen, which published the police leaks on Assange (http://www.expressen.se/nyheter/hagglund-om-asyl-for-assange-fegis/ ): “En fegis som inte vågar få sitt case prövat inför domstol. Om han gjort det han anklagas för är han ett kräk.” [a coward who does not dare to have his case tried before a court. If he is guilty of what he is accused [sic] of, then he is a scumbag.”]The Minister of Justice Beatrice Ask, on the other hand, flew off the handle and suggested to have anyone suspected of rape to receive a purple envelope, so that the legally innocent person’s entourage – wife, children, neighbours, mailman etc. – nevertheless be able to distance itself from the receiver of such an envelope (!). May she remember this within any a correspondence with Monaco. Note to Heidi KUMLIN (http://www.expressen.se/nyheter/hon-lamnar-reinfeldt—for-att-jobba-at-kungen/) to Sara “KJERNHOLM” (green local party, and forming part of BIMCAM’s 69 pages long illegal police interview) (http://sarakjernholm.blogspot.se/2011/09/ar-kommunens-forskolor-attraktiva-val.html) and to Louise DRILSMA, of the Ministry of Foreign Affairs (UD). 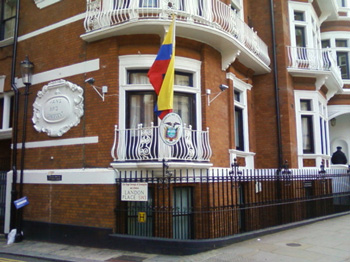 Double standard: why is it that the rape allegations against Julian Assange make the headlines – even in Monaco – whereas those against the abovementioned “prominent person” with links to the Swedish legal authorities go unmentioned ? The question is pertinent since the Swedish Government lets itself be corrupt despite warnings, year after year, by Monaco in the name of the Prince, through Philippe Narmino and Patricia Husson, the latter having moreover elected domicile within the Swedish Consulate in Monaco, and forms hence part of the Swedish Government’s staff, notwithstanding her incompatible quality as Councillor to the Monegasque Crown. Photo: BIMCAM.